A heat map is a data visualization technique that shows the magnitude of action as color in two and three dimensions. The variation in color may be by hue or intensity, giving obvious visual cues to the reader about how the actions are clustered or vary over space. In a cluster heat map, which we will be reviewing, magnitudes are laid out into a matrix of fixed cell size whose rows and columns are discrete phenomena and categories, and the sorting of rows and columns is intentional and somewhat arbitrary, with the goal of suggesting clusters or portraying them as discovered via statistical analysis. 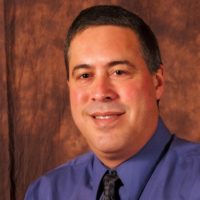 Brent Weichers has 35 years of lean transformation experience, with Toyota and Danaher as the biggest portion of his professional background. He has trained agencies of the federal government and major corporations through their lean journey. Brent is currently the Continuous Improvement Director at Ventec Life Systems in Bothell, WA.

Ventec Life Systems is a state-of-the-art ventilator manufacturing company based in Bothell, WA. Just north of Seattle and a second location in Kokomo IN., Ventec's leading product, the VOCSN, seamlessly integrates five separate devices including a ventilator, oxygen concentrator, cough assist, suction, and nebulizer into one unified respiratory system.